Switzerland is a small country in Western-Central Europe, stretching across the northern and southern slopes of the Alps.

Switzerland is the intersection of 4 cultural and linguistic regions: German, French, Italian, and Romansh. Although the people mainly speak German, the identity of the Swiss people is rooted in traditional values ​​that are formed through historical upheavals – the Swiss people appreciate democracy and centralism. set up during the war and avoid armed conflict, and are especially proud of the Alps.

Switzerland is one of the most developed countries in the world, has the highest level of assets per capita (2010), and the 8th highest GDP per capita in the world (according to IMF in 2011). The country ranks among the top in the world in government transparency, civil liberties, quality of life, economic competitiveness, human development and one of the best places to study for international students.

Also Read:  2019 World’s Best Airline: How Did Singapore Airline Do It?

The cities of Zürich and Geneva are among the top cities in the world for quality of life.

Not only has the most beautiful natural landscape in the world, but Switzerland is also known for its famous music and cultural festivals, theaters and museums, and sports such as skiing and ice skating. The world-famous Swiss specialties are also watches, chocolate, and cheese.

Not only is Switzerland’s largest city, but Zurich is also one of the world’s major financial centers – where major international corporations are located. Ancient and modern buildings intertwine and overlooking green hills, the legendary Alps, and green Lake Zurich create an impressive picture.

The main language in this city in German.

The two top Swiss universities located in Zurich are ETH Zurich (Swiss Federal Institute of Technology) and the University of Zurich.

Lausanne is another study destination in Switzerland for international students. Located next to the beautiful Lake Geneva, Lausanne is famous for its historic medieval architecture; a large Gothic church in the heart of, and close to the ski resorts …

As a large French-speaking community in Switzerland, Lausanne is also associated with the World Olympics, is home to the International Olympic Committee as well as a museum dedicated to the Olympic Games. This is also the host city of the 2020 Winter Olympics.

A tourist city and a large student population, Lausanne is also famous for its nightlife.

The most popular universities in Lausanne are the Ecole Polytechnique Fédérale de Lausanne and the University of Lausanne.

Also Read:  Amazon scholarship programs 2021 | Everything you need to know.

Geneva is known as a city of international diplomacy with many UN agencies and international non-governmental organizations located here. Not only is it a safe and friendly city, but Geneva also has a strong French-speaking community.

The highest-ranked university in Geneva is the University of Geneva.

If we have to use one word to describe Bern, it is: relax. With charming cobblestone streets and some 600-year-old buildings, the city’s Old Town district is recognized by UNESCO as a World Heritage Site.

Students at Bern can freely explore the landscape here with walking trails, long paths winding in the surrounding hills and mountains, or admire the amazing night view.

In addition, Bern offers students many museums and galleries, such as the modern Paul Klee Center for the Arts.

The University of Bern is also the highest-ranked school in Bern.

Located in the north of Switzerland, on the border with France and Germany, Basel offers an easy opportunity for international students to explore Europe.

The city is known for its chemical and pharmaceutical industries and is also a famous cultural and music center. It is the home of the Schola Cantorum Basiliensis Center, specializing in music through historical periods, from the Middle Ages to the Baroque period.

The famous University of Basel is also the oldest university in Switzerland.

The Swiss university system is classified based on the basic research disciplines, the applied arts and sciences, and the pedagogy. Each type of school serves a specific purpose in Swiss education, research, and innovation.

Also Read:  Can I Get Married In Germany With Tourist Visa?

Universities in applied arts and science provide professional science training, conduct applied research, and promote collaboration in industry and practice. Some programs of study, such as architecture, music, theater, film, design, and medical sciences, are only offered at these universities.

There are currently eight universities of applied arts and science in Switzerland with about 95,000 students enrolled.

The whole of Switzerland has about 20 pedagogical schools, attracting about 21,000 students.

To study in Switzerland, especially as an international student, you need to contact the university you want to study directly to apply. The international admissions offices of the schools are always ready to assist you with the online application process and any problems that arise.

To be accepted into a university in Switzerland, you must be 18 years of age or older or have a certificate from another equivalent university. Some schools require students to provide a high school diploma to confirm college eligibility.

In addition, you should pay attention to the language requirements of the courses. German, French, and English are the three most common languages ​​of instruction. Occasionally, you will have to take language tests or request to submit a language certificate.

Also Read:  GIG Motors Review. Is it Good or bad?

Some major music, theater, and art schools may not require experience but will be judged on the individual’s artistic talent.

To study in Switzerland, especially as an international student, students outside the EU / EFTA must apply for a multiple long-term entry visa (Visa D) at the Swiss Embassies. The visa application process will take about three months, so you should prepare documents and procedures carefully to be able to receive a visa right after registration.

Within 14 days of arriving in Switzerland, you must apply for a residence permit and present a full range of documents such as a passport, admission letter, financial proof … at the accommodation agency.

Swiss public universities are supported quite a lot, so tuition here is also cheaper than UK or US universities. Students who come to Switzerland on an exchange basis will not have to pay any tuition fees.

The average tuition fees of the training programs are as follows:

The private universities in Switzerland have quite high tuition fees, ranging from 1,500 – 16,000 EUR / year.

Switzerland develops a lot of PhD programs, this country not only has prestigious students and famous research projects in the world but also has a policy of paying graduate students as a person. labor in all professions.

Also Read:  13 European Countries You Can Take Your Hustle To

The Swiss government offers a number of scholarships to international students based on partnerships with a number of countries. Most of these scholarships are awarded to graduate applicants and researchers. You can check the scholarship information and eligibility by contacting the Swiss embassy or consulate in Vietnam.

In addition, some Universities also have their own scholarships, with grants ranging from 9,200 EUR to 13,700 EUR. This type of scholarship usually applies to the first semester and then will be judged based on your final academic performance.

Some universities support students with loans of up to 11,000 EUR per year without interest.

If you study in Zurich, you can apply for a grant from the unity fund for international students – for university students who have completed the first semester. The fund’s scholarship amount can be up to 520 EUR / month, for a maximum of ten semesters.

Living standards in Switzerland are quite expensive. If you are not good at budgeting then balancing the cost of living will be a challenge.

The average budget for students is from 1,300 – 1,800 EUR / month to cover all kinds of fees such as rent, food, transportation, tuition, and entertainment activities … If you live in Geneva or Zurich This cost is slightly higher – around 1,700 EUR / month.

You can refer to the average spending rate in major cities as follows:

Also Read:  Why Travelling Solo As A Woman Is The Worst Thing You Can Do

You can see details of living standards in Switzerland here.

International students can work up to 15 hours per week during their studies and are allowed to work full time during vacations. However, you are required to report the matter of employment to the relevant immigration authorities. Non-EU / EFTA students are only allowed to work six months after enrollment.

After completing the study program, you are allowed to stay for 6 months to work. If you are lucky enough to have a good and stable job, you will be granted an official work visa.

To keep up with the latest information on studying abroad in Switzerland, you can visit the websites of the universities of your interest and contact directly the school.

1 thought on “Study in Switzerland for international students, All you need to know” 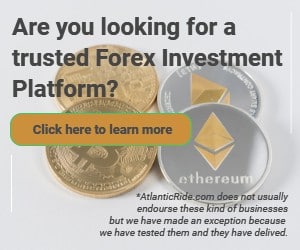