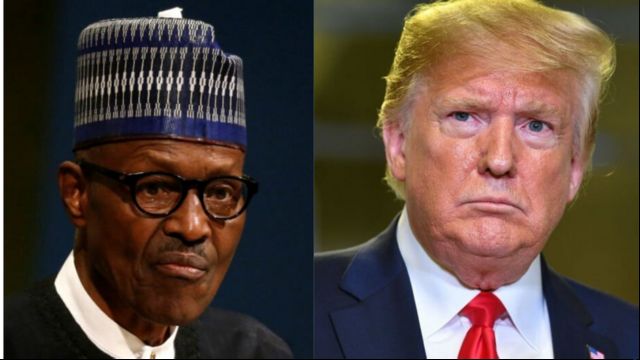 Recall that the United States Department of State has issued a statement that they will impose visa sanctions on Nigerian politicians who will be found responsible for election violence and misconduct that undermines the democratic process of electing a new leader in Nigeria.

So they did just that. They impossed sanction on some Nigerian politicians, but the names of these politicians were not revealed to the public. This all happened in 2019 presidential election that saw a lot of violence.

Fast forward to the year 2020 after the Edo election and its ensuing violence. The US State Department of State has reissued that statement again and this time around, the Nigerian Government has reacted by sanctioning U.S.

The Government of President (Gen.) M. Buhari has also issued a ban on the United States for allegedly disrespecting Nigeria effectively sanctioning U.S for the visa ban.

In a Statement issued by the Minister of Aviation for the Federal Republic of Nigeria, “effective Monday, 21st September, 2020, Nigeria has banned the operations of Emirates Airlines, Lufthansa, Air France, KLM among other airlines from flying into or from Nigeria.

This he said is part of the Federal Government reciprocity action against the United States for having the effrontery to issue a visa ban on its citizens (Politicians who are involved in electoral violence) after the Edo election.

Names of Politicians on the USA Visa Ban List

Here are the current names of politicians on the US travel ban list according to www.saharareporters.com/:

What are your thoughts on these visa bans and Nigeria’s reaction to it?

Do you think Nigeria is over reacting?

Do you think they deserve it?

If you have any Flight Booking Issues with Emirates Airlines, Lufthansa, Air France or KLM as a result of this new operation restrictions, kindly contact the customer care of the airline.

If you havent already made a booking, avoid these airlines for now while they get this sorted out. To find flight alternatives, use our flight search application and search available flights. We have filtered out these airlines and you have nothing to be worried about.

Who Is The Richest Actress In Nigeria