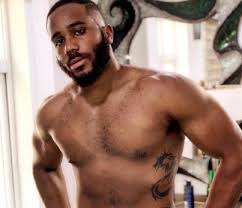 Hello there, have you been looking to know more about the Big Brother Naija (BBN) housemate, called Kidd Waya? Then, you are in the right place, get yourself in a state of relaxation as we reveal them to you.

Who is Kidd Waya

His full name is “Terseer Waya, while his nickname is Kidd Waya, which he is popularly known as in the BB Naija house as by his followers on social media.

Terseer Waya (Kidd Waya) was born in Lagos State into the family of the popular Benue State billionaire entrepreneur, known as ” Terry Waya”

How Old is Kidd Waya

He was born on the 5th of March 1993, which means he is 27 years old at the time of writing of this article.

The name of his father Terry Waya, he is a popular entrepreneur, who is from Benue State but is majorly based in London, Uk.  While his mother’s name is Susan Waya, she is also an entrepreneur, housing practitioner, business analyst, activist, politician. and a philanthropist.

He got his first degree from Nottingham Trent University. He also obtained a Master’s Degree in Business Sciences from the same university.

He lived in the United Kingdom for about six years until he began shuffling between Nigeria and London.

He is from Benue State, and from Tiv ethnic group.

His favorite Colour is  Black and Blue, while his favorite Food is said to be Burger and Chips

His dream car is Lamborghini.

Is Kidd Waya a Billionaire?

Terseer Waya (Kidd Waya) is of no doubt a handsome young man. He is bold, loved, and leader. He describes himself as a very productive person who gets irritated and uncomfortable whenever he feels that the people around him are lazy.

Terseer Waya (Kidd Waya) is currently a contestant on the Big Brother Naija Season 5 Lockdown show and from the look of things, he is without a doubt, one of the big brother Naija’s fans’ favorites.

As a contestant In the house, kiddwaya hopes to showcase more of his creativity, who he is as a person.  He hopes to network and meets new people, he says he would make use of the foundation and opportunity in the big brother house to help other housemates in his little way through networking.

According to the BBNaija contestant, “bringing back the fun into the House” is what he will not compromise in the Big Brother house.

When asked what he likes and looks forward to,  he said, he like meeting people from different corners of life, seeing how everyone can handle situations like this under pressure.

Kidd Waya is said to also be friends with DJ Cuppy who is the daughter of the rich and famous entrepreneur “Femi Otedola”.

According to Kidd Waya, the new habit or skill he acquired during the lockdown is that he can go for a long time without a phone or TV.

His watchwords are “You never know when your time is up, so you might as well go for it.”

Terseer Kiddwaya is self-employed; he is the CEO of Valley Agricultural And Foods Company. He is also the co-founder of AK Exports, a company involved in the exporting of produce from Nigeria to other countries.

Before starting the Valley Agriculture and Foods company, he ran a music and event management company named VIW. VIW has its headquarter in the UK but caters to local talents. VIW is involved in creating and organizing events, promotion of music, marketing, and talent scouting.

He stated in a conversation that getting into health and fitness has been his biggest achievement. He said, “I used to be quite chubby, so I transformed my body and I have been consistent ever since.”

Though he intends to have a foundation to empower the youth and promote their talent, his greatest plan for the next five years was to stay alive.

He goes to the gym for fun, took Snapchat as his favorite social media platform, and prefers IOS phones over android phones. He revealed that if money was not a problem for him, he would get himself a private jet

Kiddwaya is said to have been in several relationships, while the longest of the relationship lasted for four years. He said he loves confident, energetic, well mannered, and humble women.

Related: Everything thing there is to know about Erica (BBNaija)

During the first weeks of the BBNaija lockdown show, Kiddwaya appeared to be having a romantic affair with another housemate known as Erica Nlewedim, and the pair was not subtle with their romantic displays.

However, on the 5th of August, making reference to her lack of interest in boy drama, Erica decided that it was best to put an end to their romance and to just be friends. But surprisingly, they got back to their romantic affairs the following day.

Also, in a conversation with Nengi, who is also one of the big brother Naija’s housemates, Kidd revealed that he is not trying to be in a serious relationship.

During the live eviction show that was held on the 9th of August, Erica confirmed to the BBNaija host, Ebuka, that Kidd Waya is a special friend to her.

Kidd Waya is known in the BBNaija’s house to be a great cook and has been the Deputy Head of House (DHoH) when Erica was the head before her eviction.

On the 13th of September, four of the housemates, whose names are Ozo, Dorathy, Kidd Waya, and Prince were up for eviction. The eviction was to be determined by the votes of the fans. The people with the lowest votes would be evicted.

The eviction of Kidd Waya created a lot of controversy on the internet as many internet users gave their opinion on what led to his eviction. Many said his father “Terry Waya”, was the cause for his eviction following his post on social media a few days before the eviction.

Who Is The Richest Actress In Nigeria