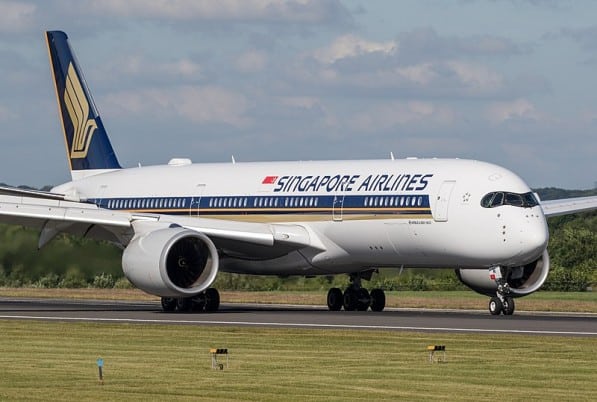 The 2019 list of the best airlines in the world is out, and in the first place is the Asian Airlines Singapore Airlines. The highly anticipated annual awards for Excellence in Airlines are courtesy of AirlineRatings.com, an aviation security and product classification site based in Perth, Australia.

While Air New Zealand has claimed the first place for the past five years, 2019 just didn’t go to them. What really happened?

Qatar Airways, which didn’t even make top 10 last year won the number four spot thanks to its catering and the introduction of QSuites.

So you might be wondering, how does AirlineRatings.com determine the rankings? Well, seven editorial officers consider a dozen key factors including safety, passenger ratings, profitability, investment evaluation, fleet seniority, product offerings such as a premium long-haul flight and seats in other classes among other things.

So how did Singapore jump to first place in the ranking?

The airline in the midst of a dramatic fleet overhaul, with the introduction of the Airbus A350 and the Boeing 787-10 and the launch of new major long distance routes such as Singapore to Newark and Los Angeles. The airline is also in the midst of delivering its order for the new Airbus A380.

As a result, passengers are finding their latest business class seats and their new premium suites highly rewarding.

The director of AirlineRatings.com, Geoffrey Thomas disclosed that Singapore Airlines has returned to its best with the introduction of new products, new aircraft and new innovative flights such as Singapore-New York direct flights.

This is the complete list of the top 10 AirlineRatings.com airlines around the world for 2019.

Among the new participants in this year’s list are Emirates based in Dubai and EVA Air in Taiwan. The airlines that appeared on last year’s list, but did not make this year’s cut, include Virgin Atlantic, Etihad and Korean Air.

Like last year, not even a single European or American airline made the ranks among the top 10. It’s somewhat surprising, since Delta, like Qatar Airways, introduced a new class of business class last year.

As in previous years, the rankings are significantly tilted towards the Asia-Pacific region. This should not come as a surprise given the huge growth of aviation in that part of the world, which is only expected to continue to increase in the coming decades.

So how did they do it? Before that, let’s take a brief history.

Brief History of the Singapore Airline

The Singapore Airline is the official carrier airline of the country of Singapore. It was founded in 1st may 1947 but commenced its operations in 1st October 1972.

The hub for this airline is the Singapore Changi Airport. It subsidiaries include the Scoot, SilkAir, Vistara, SIA Engineering Company, and Singapore Airline Cargo.

It has a fleet size of 122 and 64 different destinations. Their company slogan is “A great way to fly”, little wonder they are ruling the aviation sector of the world. You should know that the chairman of this great airline company is Peter Seah Lim Huat while the Chief Executive officer is Goh Choon Phong.

The Singapore airline currently boast of an employee workforce of 14,729 persons. The official website for this airline company is www.singaporeair.com

When we talk about the management, it is all about the man at the helm of affairs at Singapore airlines. The Chief Executive Officer (CEO) in the person of Goh Choon Phong. This MIT graduate was formerly an employee of the SIA Engineering Company for 20 years. He was appointed the CEO of the Singapore airline on 3rd September 2010.

What Made Singapore Airline Special

You should know that the Singapore airline did not get to this position by mere chance. There were lots of things they got right. We will x-ray these things that have brought them to this point. They include;

According to Sheldon Hee, the general manager of Singapore Airlines in UK and Ireland, best customer service delivery is their mission. He said their ambition has been to provide air travelers with the best in-flight products and services, irrespective of the cabin that they chose to fly. In fact, on the other categories, Singapore Airlines also won the best first class delivery services.

This goes to tell you about the great positivity surrounding customer service delivery in Singapore Airlines.

Another thing that was in favor of the Singapore Airlines was the quality of their fleet. The airline operates an all-wide body aircraft fleet. The fleet is made up of five different aircraft families. These flight families include the Airbus A330, the Boeing 777, Boeing 787, Airbus A380, and Airbus 350. As at the 31st of December 2018, the Singapore Airlines boasts a total of 122 passenger aircrafts.

These cabin products were for the Economy, Business, and First class flights with the Boeing 777-300ERs and the Airbus A350s. You should also know that on 2 November 2017, the Singapore Airlines also unveiled new cabin products for suites, Economy class, Premium Economy Class, and the Business class specifically for the Airbus A380-800 aircraft.  I believe you are already getting the clear picture on how Singapore Airline actually got to the top of the food chain in world of Aviation.

They also improved on their sitting configuration by introducing new designs of 78 business class airlines as well as 6 suites on the upper deck. The lower deck got 44 and 343 Premium Economy Class and Economy Class seats respectively.

Their logo is a silver kris inspired bird. The Keris is very integral to the branding of the Singapore Airlines over the years. You will see this logo on the tailfins of the planes as well as the collaterals of the airline.

Related Article: Cancelled Flight Compensation; What To Do If Your Flight Is Cancelled

There are other important criteria that also made Singapore Airline standout in 2019. These other criteria include their destination reach.

Did you know that the Singapore Airlines flies 62 different destinations in 32 different countries? In fact, this great airline covers five different continents. They are simply awesome. You will certainly agree with me that they deserve to rule the world aviation industry in 2019.

5 Things To Know While Travelling With CBD Products

ABOUT US
Atlanticride.com is a travel metasearch site that finds and compares the best offers, especially on hotels and flights. We also publish all-round inspirational posts
FOLLOW US
© AtlanticRide.com 2020 | All Rights Reserved